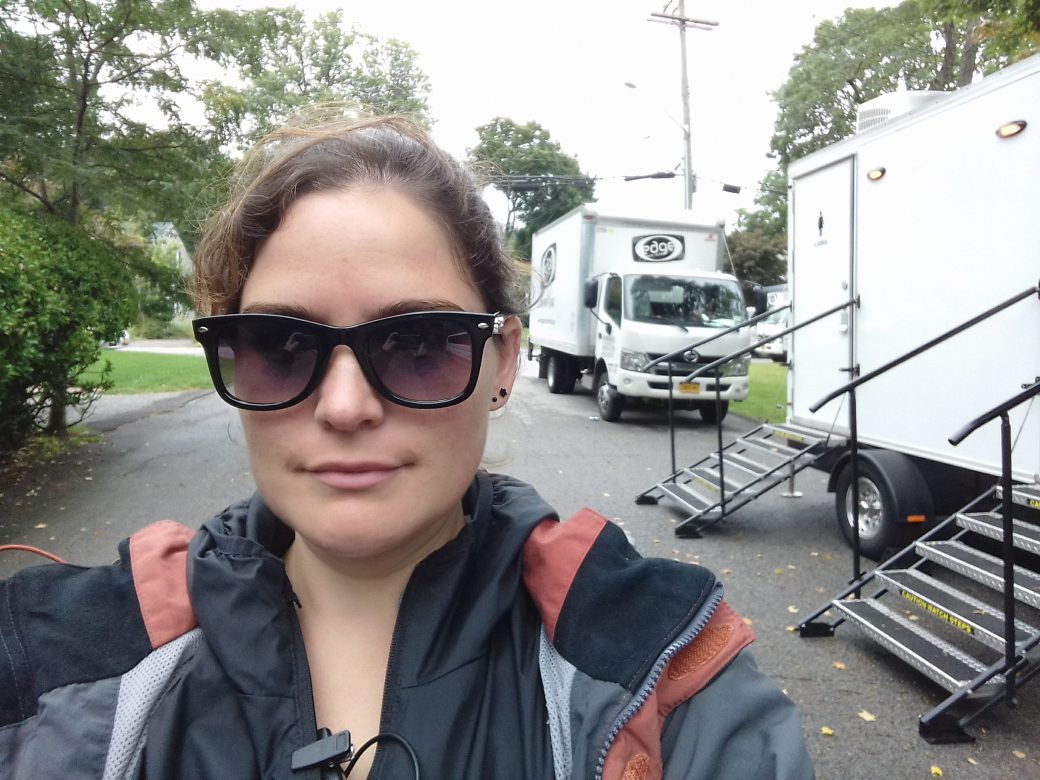 Moving up from Production Assistant

Ok, so, you became a Set Production Assistant, you’ve done a good amount of gigs, have a good understanding on how a film set works, become familiar with the departments and positions, now you’re starting to focus on what you want to do next and how it’ll get you to your long term goal. How do you make moving up from a Production Assistant happen? Well, I’m here to tell you how it works.

You Can Do Anything

I think a lot of folks tend to worry they’ll be stuck as a PA forever. I know when you’re on those boring lock-ups it can seem like you’re stuck in an eternity of trying to get people to be quiet, and preventing people from stepping into the shot. It definitely starts out that way, but your career won’t stay that way, unless you want it to of course. The PA position is your gateway to all the the things in film. All departments, all positions. And yes, even directing and producing!

Outside of the PA being the entry level position I truly believe that everyone should PA at least once! I don’t care what film school you attended, or advantages and connections you have. Everyone should PA once just to see how everything operates onset, and how it is to be at the bottom.

When is the Time to Make the Jump?

For me it was about a year before I knew that I was ready to move up from being an Additional Day Player PA. I took a different path from the one I describe below, but that’s for a different post at a later date to get into that.

If you’re looking to be a union Assistant Director you’ll be a PA for awhile. In order to be eligible for the Director’s Guild of America (DGA) you’ll need to acquire 600 union Set PA days. If you really hustle you can get this done in 2 and a half years. That’s with taking weekday gigs, weekends, even taking a day gig an hour after you just wrapped from an overnight. Did you want sleep? Too bad. And I do know ADs that are now in the union and have done it just like that.

Now, this doesn’t mean you do 600 days doing nothing but far from set lock-ups. Additional Set PAs do those. You’re mission is to make sure you get staffed! The coveted Staff PA position! What do I mean by that? I mean that you move up the PA hierarchy. Yes, there’s even a ladder for PAs.

Staff PAs have pretty big responsibilities. From making sure actors are where they need to be, hiring/booking Additional PAs, setting lock-ups, getting the man power from crew for the coming days, to making sure background actors reported on time, and got paid properly.

The most challenging leap I think is making it to a staff position, and than after that it’s making the jump to AD. First you have to let people know that is what you want to do. Everyone has different reasons for being an Additional PA. Let it be known to others what your goals are. If you’re trying to make Assistant Directing your career – tell people that!

To be a well rounded AD you need a nice mixture of those positions from above. Not only for the experience, but to also network with the ADs that could potentially hire you in the future as a Staff PA or an upcoming AD. Get to know as many ADs as possible while you’re a PA. Make sure to form relationships with them. Make a genuine connection!

Yes, it is very much who you know. So, I’m telling you now make friends with the ADs.

For those aspiring directors out there this will go a bit different from the AD track. You definitely do not have to do 600 days as a PA. This route is very unique.

The first thing you need to do is start making short or micro short films. Start directing smaller stuff. As a PA hone your craft on the weekends, while trying to rub elbows with the directors you encounter on your bigger union or independent film sets.

Ask to shadow a director. Strike up a conversation with a director, and ask them how they got their start. A lot of people in film want to share their story, and they want to help the next generation coming up.

This also applies to being a producer. Become an Office PA, and/or Producer’s Assistant. Start working on smaller projects as a producer on the weekends while working for the big time folks on set during the week.

Maybe you’re trying to become a Grip, maybe an Electrician, how about a Set Dresser or Prop Master?  They all have a union. You can always look up the requirements on the union website. Check that out here.

This is of course for NYC local 52. There are many different districts around the county. Please visit the IATSE site for more info on that.

You think it would be that simple, go to the site and think you can just join right? Nope. Their membership is only open certain or should I say random times of the year (if that.)  It can work out that if you apply when they are taking submissions you get in, and then hop on a set with a department of a show that needs people. Department keys contact the union to fill those slots if they don’t have anyone they know to fill that position. Luckily, in NYC right now there are so many shows shooting. Demand for union workers is very high!

Also that networking thing comes into play again. You’re more likely to get hired by the folks you know personally. So, as said a few times before, start talking to the folks in that department you want to be apart of. Tell them you’re looking to get into that department and ask them what’s involved.

It takes awhile to actually become unionized and what actually goes into it, and the website only tells you so much. Those conversations you have with crew will definitely come in handy.

The camera union is local 600. Check their site for more info. A lot of camera folks don’t start on set. They start in the rental houses. Don’t get me wrong some do start as Set PAs, but a bunch come up through the rental houses because getting to know that camera equipment is key! And a rental house is a perfect way to do that. They also start out on independent film sets. They work with folks who might be in the union already, they get to talking and that person learns how to get in the union. Again, those connections coming into play.

If you’re a Set PA trying to get in with the camera department, TALK TO THEM! I’m sure you’re sick of me saying that. You can see the trend I’m sure. It is the best way to get in on the know if you want to be a camera person.

Just about everything I said above applies to the union world. Am I discrediting the indie world? Oh no, not one bit. As a PA on an independent film set you can learn so much! Indie sets are normally smaller, more intimate, and a more family-like atmosphere… most of the time.

Hey, I’m not gonna lie to you there have been some dumpster fire indie sets I’ve been on, but damn if I didn’t learn from them! Hear more about all that in another post here.

On indie sets you’re exposed to a lot, and get very close with everyone onset. You can really get to know equipment, and how certain people are doing their jobs, and what exactly they do. Those people are so much more within your reach. This makes it easier to have those “this is what I want to be when I grow up” kind of conversations. Networking is easier, and you really get to know everyone for the good and bad.

This is the thing you’re competing against. So many people I encounter on set come from “film families.” Their dad was a DP, or their mom was a Make-Up Artist, some even go on to tell me how they’re the 3rd generation of union member film families.

If your reading this it tells me you’re not in a “film family,” you don’t have a producer aunt, and you have to start from zero. Don’t get discouraged, you can level up in this business. Just start talking to folks and making friends.

Being a PA is entry level. Your mission is to move up. What field you decide to move up in is up to you. Just know that it starts 9 times out of 10 with a conversation.

This is of course if you’re actually good at being a PA. If you’re a crappy PA they’re not going to do you any favors, and think that you’ll do any better in another position. Want to know more on how to be a better PA? Read this post.

Moving up from Production Assistant is tough, but you can do it! Keep this in mind: If you don’t tell anyone what your goals are how are people going to help you get there? You’re not getting there on your own in the film industry. Whether it’s through family, or by making a new friend, you can’t make it on your own. That I can promise.

If you have any questions, comments, or concerns please feel free to contact me, or comment below. 😁