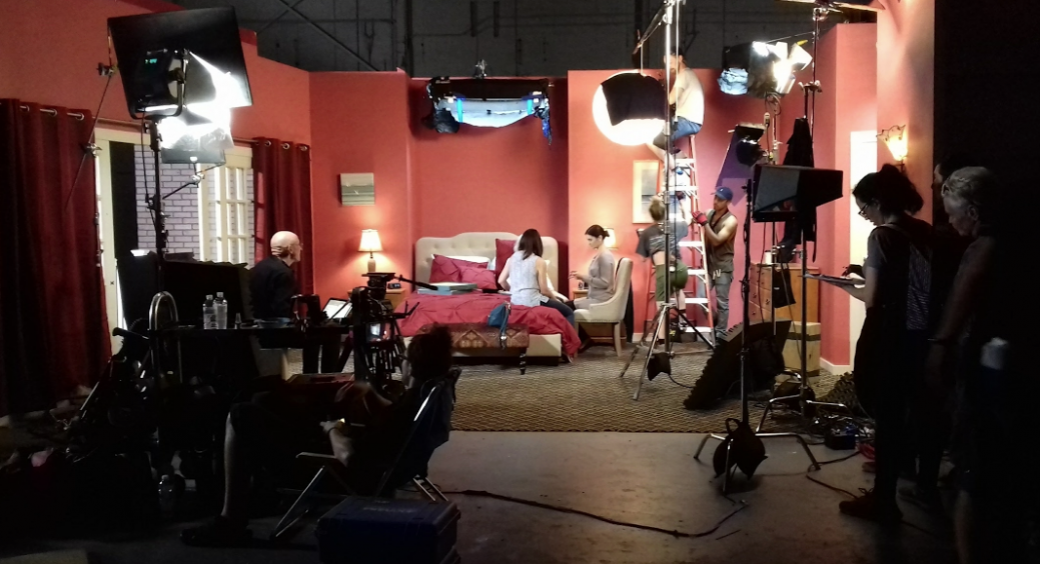 Filmmaking Isn’t for the Faint of Heart

This is true, filmmaking isn’t for the faint of heart, but there’s also so many other things that aren’t as well.

The winter months are giving me a lot of time to think about a lot. Do you know how many times I have looked at other career paths? I think it’s on a daily basis right now.

I have always thought about just going back to school to become a nutritionist. Hell the other day I thought about ways to try and break into an environmental science career. Today it’s physical therapy.

I have to ask myself this question: Am I in the career I really want to be in?

Now, for someone that has 10 years into filmmaking and such big goals in the industry this is a very serious question.

If you look at my life I have really done the things that I really wanted to do. I’ve done photography. I remember as a small girl creating backdrops with my blankets and just tearing through all of my moms films. The days before digital photography. Thanks mom! I’ve played Sports. I expressed my interest in the military. I was a hair away from joining the Marines. Can’t say I wasn’t scared. My desire to go to college was stronger than it was to join the military. I traveled where I wanted to. I’ve even made that a career. I actually have a job where I get to paid to travel! And thank goodness it’s not year round. I like to be home too. I worked in the camera department in film, to a point I realized that wasn’t what I really wanted to do. Then I made it my goal to become an AD.  I even had side goals to that AD goal. I mean, you have to when you’re just starting out. When I moved to NYC I was determined to learn how to be a barista. I had already been a bartender. So, I lived that life. I made it my mission to get a job as a barista. I could even say I was more focused on that than getting film gigs.

I’ve always struggled with the changing of goals. If I change my mind, does it mean I’ve failed? Some people would say “YUP! It def does.” Others would say “Not at all. As you grow your interests change.” I’m not really sure where the hell I fall.

What I am sure about is how I like to spend my day. Whatever it is, it’s not on conference calls, in front of the computer, or in an office for 8 hours a day. Even if it were film related. I worked in a film office once. Never again. I didn’t care how far up I was or how many people I was in charge of. I could NOT deal with being in an office. Sitting at a desk! UGH! I HATED it.  Prepping for a film project is one thing. I know that prep is short lived because we will roll right into production. I like production days. Not a day is the same. Which I think is why film production appeals to me so much. I can say that for tour directing and for being a barista as well.

I’m also torn because I have this overwhelming feeling I’m not actually good at being an AD. Or maybe ANY one thing for that matter.

I think about other ADs I know, well… know of, at least. I only know them through what I’ve heard about them. I’m aware how social media likes to portray how fucking great any, and everything is just OMG so fucking great. I get it. People put up this facade. But there’s still this part of me that believes that YES! They are that awesome. EVERYONE loves them. Their sets run smoothly without error! The crew LOVES them to death. You know all that jazz. I’m over here like holy shit! I have to be and do so much better than I already am. Do I need to change? Do I just need to be myself? Should I be nicer? Where.The.FUCK.Is.The.LINE???? I don’t know.

Some people really see me as confident, having it all together type person. Well folks, I’m here to tell you, that I’m a ball of self doubt and worry. I feel as though I’m really an acquired taste. I’m too introverted to be like OMG what are you working on next?! OH.MY.GOD. I would LOOOVE to help you on your next thing. Man, it’s just hard for me to connect with people. I can’t connect with someone who I know is a vain shallow fuck. I’m not good at playing the game. I’m really not. I tell people on my youtube “your career will depend on networking.” It’s absolutely true, but am I good at it? Hell no.  If I can’t be sincere I wont engage.

I also have this thing where I just feel like I don’t really belong. Sort of out of my league. I think that since I come from humble beginnings, being raised poor I feel like I’m playing ball in the wrong realm.  Hell, I don’t even know how and the fuck I got this far.  I will say that I am extremely uncomfortable around people who make a lot of money. I have no idea why. As soon as I realize that a person is well off I immediately put them in the category of them never being able to relate to me at all. Which you can already tell creates a problem. It shouldn’t matter, right?

So, what do I do? I know I have to be able to express myself, and BE myself no matter what. Keep strong the connections I do have. Stay confident in myself. And probably the most important DON’T WORRY ABOUT WHAT EVERYONE ELSE IS DOING. Fuck er-body else. lol
It’ll also help not seeing people in their tax bracket.

I have a lot to learn. Working in Film and being a filmmaker is definitely not for the faint of heart.