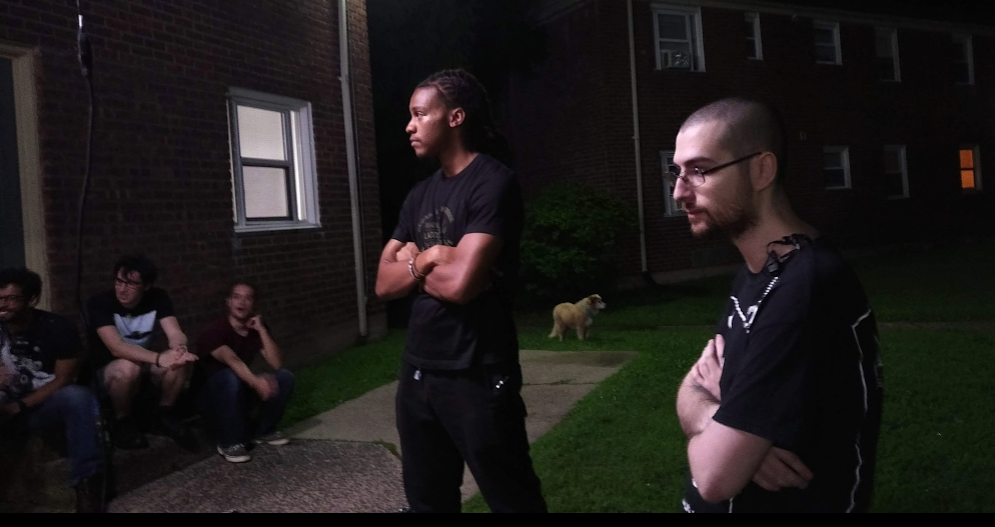 Why am I a Production Assistant?

I ask myself this question every damn time I step on set.

But in all seriousness I think everyone that is a PA asks themselves that question. We all have our reasons for being in such an under paid-abusive position. Yeah – I said it. Abusive. The amount of crap you take as a PA from not only the production team above you, but the actors, and even the crew members who WILL NOT believe what you’re telling them is actually from the mouth of the 1st AD. We don’t just make shit up dude.

Two years ago, being the impatient person that I am swore off being a PA. I’d had a enough. My arrogant self thought I learned all I needed to learn to make strides as an Assistant Director. I walked away from being an Additional PA and jumped into being an indie film world AD. Somehow I got work. Oh my god, just thinking back to my first couple of AD gigs – I was horrible. Hell, I felt horrible. My attitude was shit, and I just wasn’t prepared to be around the people I had to work with on set. I worked at a cafe while doing the indie gigs to make sure I made rent. Luckily for me they were super flexible. I did that for about a year and a half. No PA gigs just AD work, and being a barista. When you work in the indie world, with having been on a union big budget set, you start to crave the military style that those sets have. Well, at least I did. I missed it. I needed to go back to being a PA.

Not only did I miss it, I wanted to see how other AD’s ran their set. What style worked better than others? What personality meshed best with the production staff? What was the relationship like between the AD and the Director. And I think the most important was how to get the crew on their side in the fastest way possible. I needed to go back to PA work to observe more closely, and to learn a bit more. So, I went back.

There’s also something to be said about having a break from being in charge. I wanted to just not be the one that answered all the questions, and held the production together. I so longed for a crappy lock-up that was yards away from camera. Basically just getting paid to do nothing. Be on set and get paid to observe how others did their job.

While I decided to go back to being a PA to learn more I also realized if I ever wanted to become a DGA 1st Ad I would have to earn my union days. Yep all 600 of them! This makes me regret walking away from being a PA more then anything. I won’t consider it time wasted, I refuse to believe that, but I do sometimes think about how far up the chain I would be if I didn’t just up and walk away from the union world. That’s the goal make it to becoming a union 1st AD. It’s probably the hardest road there is in the industry. It takes so long. But I also think if I didn’t walk away from being a PA I might have stayed and reached a breaking point and just quit film altogether. I needed that readjustment period to get back to the grind of the film grunt work.

I think I found the balance now. I’m a PA, I also do indie AD work, but I like traveling and so far I haven’t traveled for film work so I also have other jobs that fulfill that need to travel. I find that I have to do other things along with being a PA. Otherwise If I was a PA day in and out I might just punch someone in the face on set one day. It can get pretty stressful when you’re working on like 3 hours a sleep everyday.

To all the PAs out there: Just hang in there, it gets better. Don’t give up.