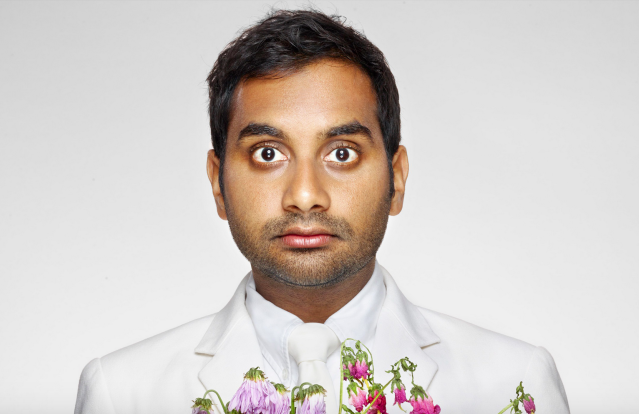 When I looked at my google feed the last thing I thought I’d see was Aziz Ansari with a sexual assault allegation. As soon as I saw the headline I said “Aww man, not him!” He was supposed to be the nice, sweet guy right?!

I read every word of the babe.net  post. I really couldn’t believe what I was reading. Now, when I read things like this I put myself in the woman’s position, I begin to problem solve and think about what I would have done differently. I think that’s why a lot of women are seen as blaming her. They are thinking about what she should of done better because it’s what they would have done. I definitely am not here to blame her. I blame her parents. Straight up. I blame how she was raised. Not only do I blame how she was raised, but I blame society of course, along with Aziz for being so damn dumb and not being able to decipher when a woman isn’t comfortable.

Women are raised to figure out ways to be safer. Ways to carry their car keys incase there’s a fucking rapist waiting in the wings. We’re taught to find the exits if anything happens. To have our phone on certain speed dials. We have to make sure we don’t show too much skin, drink too much, or be alone with the wrong person…or be alone at all for that matter. “Safety in numbers, gals!” aaaghhhh! All the while guys just do whatever the fuck they want, when they want, and not give a damn.

We live in a world where men are looking to get as much sex as possible, and women have to beat these bastards off with a stick. (It would seem that way from our media. Let’s not even get into woman sexuality right now.)

Going back to the article and the account of the woman who went on the date with Aziz. There were so many things I found to be ridiculous.
The first: After arriving at his apartment in Manhattan on Monday evening, they exchanged small talk and drank wine. “It was white,” she said. “I didn’t get to choose and I prefer red, but it was white wine.”

Now besides the fact that she made a point to say he didn’t give her a choice of wine, (which was such a cheap way of foreshadowing the rest of the evening. Maybe he didn’t have red wine.) she met him at his place! That’s the oldest trick in the damn book. Did your mom, or BFF not teach you this?! Ladies, I’m sure you know not to do this on a first date. Yes, Aziz invited her there. Which already tells you that all he wanted was sex. Right off the bat. Yes, he’s famous and maybe this gave her the illusion that she could trust him. So, ok – I’ll give her that. His celebrity blinded her best judgement. I don’t know, but this still feels like dating 101 – first dates are ALWAYS in a public place. So, then they go to a bar, but then back to his place? Am I the only one that finds this weird?

Then there’s the “whole hop on the counter” thing. My first reaction to this was “This dude is seriously living in a damn movie.” We all know what comes next in this scene! What does she do? – She jumps on the damn counter. Ok, yea sure maybe I would have too. “Sure I’ll make out with Aziz Ansari.” Knowing full well I would have to pump the breaks once it went farther than I wanted.
During the whole counter thing, right after she said “Hey let’s slow down, relax” That was his cue to calm the fuck down.

If he made me do anything he made her do I would of just left. Point. Blank. Period. When I got to this point while reading the account there was no going back. I thought “Yup he was in the wrong.” He didn’t stop.

I hate to place women in a category where we’re seen as weak, can’t defend ourselves, or are the victims. I don’t see women like this. We’re strong, brave woman, but we are also accountable for our actions. Were his actions right? No, definitely not. He crossed the line. But as a strong women who would have acted differently, can I say her actions were right as well? No. I cant. They both are to blame for that fucked up night.

I really don’t know if she was a huge fan of his or not, but I know if I met Keanu Reeves (OMG I love him!) in an alternate world where I wasn’t married and he asked me on a date, then we went on said date and he treated me like a piece of meat and all he wanted was sex- yea I’d be hella heartbroken! I’d be in that Uber in tears too. If Aziz Ansari wasn’t Aziz Ansari that night I don’t think that women would have put up with what he tried to pull on her. I’m willing to bet money on this.

But this is the problem isn’t it? Men with money, celebrity and power getting away with too much. Well if getting rid of “Master of None”is what we all need to smarten up then so be it.