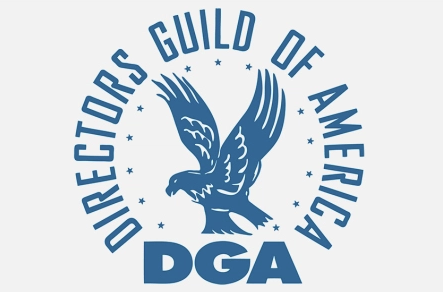 Do I Need to be in the DGA?

Im writing this post mainly because I don’t even know if I should be worried about being in the DGA or not! Some of you know me, some of you don’t. Who knows maybe you just randomly found my website and were like “Hey look at someone talking about their film life!” Probably not the latter. But hey I’m Amber! Im an indie Assistant Director, and am currently putting in my time as a Production Assistant on union shows so I can make my days (600) to get into the DGA (union) to get paid the big bucks!!! 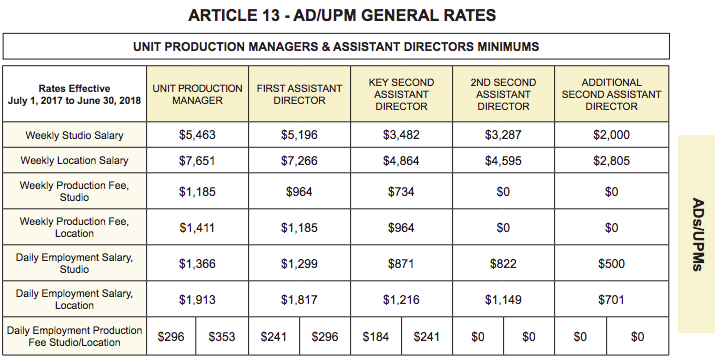 Yeah you need 600! 600 Production Assistant Days to even be considered to enter into the DGA as a 2nd 2nd Assistant Director. You have to save all your callsheets, highlight your name on said callsheet, and submit a book(or 3) full of callsheets, production reports, and pay stubs.  Once you’re accepted you can be an Additional 2nd 2nd AD, 2nd 2nd AD, and even a Key 2nd AD. Im not even going to get into what all those folks do. To get to 1st Assistant Director – thats a whole other level of a submission process.

I think this is one thing all PA’s that want to be ADs have considered. It sucks for the PAs out there that PA for like a year and then discover they want to be an AD but they didn’t save shit and they have to scrounge up their past year’s callsheets and pay stubs.

If you’re a PA and you’re trying to get into a certain department outside of Assistant Directors, this post sure ain’t for you. All the other crew unions have different requirements.

I have to call the DGA office for advice. I’m pretty sure my Indie projects don’t even count toward my days needed. All the days I’ve been a 1st AD on set don’t count except towards, of course, networking and getting more work. Which leads me into my dilemma.

For awhile now my goal was to be a 1st Assistant Director in the DGA. I remember being on a job where I was just an Additional PA. One of my friends who was a Background PA then, who is now in the DGA, told me his whole layout for the next 10 years or so: Be a PA for a few more years. Get in the DGA. Be an Additional 2nd 2nd AD for about 3 years. The next 3 years he would be a 2nd 2nd AD then for the next 4 years he’d be a Key 2nd AD. That brings us to his 12 years right, and that’s not even touching 1st AD yet! It’s a long road to make it to 1st AD. I never forgot this because it was the reality of the career I’m choosing.

It’s the ladder I have to climb. My impatient ass just wants to be the 1st AD that’s why I randomly just left union sets to be an AD. I got sick of being an Additional PA. I wasn’t getting a break. I wasn’t getting hired as a Staff PA. I could not wait to get more responsibility, and I was super frustrated. After being an indie AD for about a a year and a half I wanted to go back to union sets as a PA. I was a lil bit wiser that’s for sure. Once I ran a set I appreciated just being a PA and being able to observe how other ADs ran the set, and how they handle people, complicated scenes, maybe stunts, special effects, or visual effects. I needed more experience.

So, where am I at now? I’m staffed as a Background PA on a union show. Finally, right?! How it happened, I figured it was just luck. It shoots everything in NJ. Once I saw this post on Facebook I def took zero seconds to send my resume in. Shooting in NJ meant I was going to get more sleep while on a show. It cuts my commute by an hour each way! That’s 2 hours a day that is given back to me. After sending in my resume they get back to me right away offering me background PA. Which was perfect because that was something I wanted to do more of. I liked working in background.

While I was waiting for confirmation on the NJ show I was Additional PA on “Tell Me a Story” and I ran into a few PAs that I loved working with. While talking to a few of them their first question that randomly came up was why I wasn’t staff yet. Being asked this was something that meant a great deal to me. Finally someone is seeing me as useful, and able to take on more. Having two people saying, “Yes, Amber you should def be staff ” was what I needed to hear. It just made me feel better. My answer to her was that I just don’t know any ADs well enough that hire staff PAs. She immediately gave my name to a 2nd AD to help me out! I also told her about the NJ show. I was waiting to hear back and I didn’t have the guys number to call him back. My phone never saved the number because weirdly enough he called right when someone else called. I don’t know why this had to happen when important shit needs to happen. It basically was my phone interview for the NJ job. So, I tell her who the AD was and she had his number!!! OMG! She, once again, was my saving grace.  She also told me to let her know if by the end of the day I didn’t hear back because she needed a BG PA. This was definitely a position I was not use to being in. I was able to be staff on 2 different jobs at the same time. I had a good back up! After numerous apologetic texts to the AD from the NJ show he finally got back to me and I was on the NJ job! Come to find out I was vetted, and the hire up ADs asked other ADs about me who I worked under before. I didn’t know this until a few weeks in on the NJ job. This, overall just surprised me.  I worked so hard to get to this small milestone!

The NJ gig goes till February. Well, this now might change. They may go till June now! September and October were ok. I wasn’t getting too many big AD offers in the indie world. I passed on a few short films. November though has been heart breaking. I’ve turned down a few bigger short films, 2 feature films, and now I have a pilot on the table – which I want to do! But once I commit to a gig I have finish it through. My 600 day goal will only take longer the more indie AD gigs I take. I definitely do not want to ruin the relationship I have already with the ADs on the NJ show.

I’ve been thinking about this for awhile now. Then randomly the other day this awesome costumer and I were chatting and she asked me to send her my resume. Which is usually always good. She spoke about a friend of hers who is a DGA AD and he has issues finding work on union jobs!!! This small point of information hit me hard. I don’t want to struggle to get AD work once I get in the DGA. Once you are in the DGA you can’t work in the Indie work. Sure there are ways around that – you can negotiate a producer credit. Some indie gigs wont do that. If your caught doing this the DGA will punish you with hella fines or kick you out. Either way it’s bad.

There is also the issue of health care too. As a union PA or indie AD I do not have health care. Health care comes with getting into the DGA, but only if you have a certain amount of working days.

Should my goal be to get into the DGA? Ultimately I need to make hella connections to make sure my career flourishes, and I am hired. I feel like I am falling into this “Have to pay the bills” kinda thing. Which I never want my life about just collecting a pay check. Im not unhappy in the job I’m in now. For me it’s never about the pay check. I like being on set. I’d rather be on set than not.

I’m wondering if my goal is just this weird thing that I’ve become obsessed with. I feel like I’m in this weird position being connected to the union world and the indie world. Not knowing which way to go. Like, why the hell did I suffer through that feature last July? It doesn’t help me get into the DGA. But having a feature on your resume gets you more feature work in the Indie world. It’s all about getting more work. The key is getting more work you want and like to do.

I haven’t counted my callsheets. I feel like if I knew the number I’d just be devastated on how far away I am from 600. Maybe next year I’ll count them. If I had the 600, and I got into the DGA I know I’m not connected enough yet in the union world to be able to get enough work. I know I’m not ready just yet.

I don’t dislike my NJ gig at all, I thought it was perfect that it ran till February. It gets me through that winter dry spell ya know. But I had a trip planned for right after it wrapped with a friend from Chicago. If it runs till June it kinda ruins those plans. I already took a week off in October because I planned my Miami trip way before the NJ gig even came up. When I was hired I made sure wasn’t an issue. Taking another week off? thats just gonna piss people off. Oh! and this Pilot I want to do in January? Well that could be another week I’d have to take off. My Nj gig peeps would be like “ummmm Amber we’re just gonna replace you.” I think they would label me as flaky, or just not reliable. Both of those I do not want.

I feel like I have to stay in just one world or the other. Indie or Union world. The freelance struggle is real. I welcome any thoughts on this! Comment away!